Road Arrow is the first Serbian Formula Student team, whose members are students from the University of Belgrade, that makes a new vehicle every year, representing the University and country at the most prestigious world engineering competition.

THE PATH OF ROAD ARROW

In November 2010, students of the University of Belgrade founded the Student Technical Competitions Association, and immediately launched the first project. They formed the first Formula Student team, called Road Arrow. Eleven students of the Faculty of Mechanical Engineering and the Faculty of Organizational Sciences worked on the development of the vehicle concept for months in the first season, 2011. They participated in the most prestigious competition in the UK, held on the legendary Silverstone track, in Class II (conceptual design of a vehicle without construction). They won 3rd place in this competition.


In the 2012 season, the Road Arrow team decided to compete in Class I, against some of the world’s strongest teams, in the competitions in Italy and Great Britain. Directors from world renown companies such as Airbus and Mercedes-Benz have personally visited our team’s box. They were impressed with the fact that a small team from Serbia managed to create a competitive vehicle from a conceptual design, practically without any prior competitive experience.


In the following seasons, the team participated in over 15 competitions with 8 vehicles with IC engine, and achieved great results, competing on the tracks on which Formula 1 races.

In the 2013 season, the design and manufacture of the vehicle was raised to a new level. For the first time students from the Faculty of transport and traffic engineering joined the team. We took part in 3 competitions – Czech Republic, Hungary and Italy, where we achieved our best result to date, an amazing 10th place in the general standings from 43 University teams from the entire world.


New innovations were presented in the 2014 season, the most innovative being the variable intake manifold. In the same year, the cars aerodynamics were designed and implemented through a new aero package. Students from the School of Electrical Engineering started the development of telemetry for the vehicle. The team first took part in competition in Austria at the Red Bull Ring. In the second competition, at the Autodromo Riccardo Paletti, the team came 15th out of 44 University teams.

The 2015 season was one of the most successful for our team. The new aero package was greatly improved and tested in the wind tunnel for the first time, and the team got new members from the Faculty of Technology and Metallurgy. Road Arrow 2015 was presented to the European audience in the competition in Czech Republic, at the Autodromo Most, where the team took a fantastic 4th place in the endurance race – the most demanding discipline. Finally, the team took 9th place in general standings, which gave the team the title of the best team in the region.


During the 2016 season development of the implemented circuits and systems continued and usage of carbon fiber material for parts manufacturing started, in order to reduce vehicle’s mass. Beside many improvements on the vehicle, project also refined regarding business plan and branding thanks to the students from the faculties of Economics and Applied Arts that joined the team. In that year the team traveled to Italy, Czech Republic and Hungary, and from these competition 14th place out of 39 teams at Autodromo Riccardo Paletti stands out. Also, in the same season, the design concept of an electric vehicle was made, and that led to wining the 3rd place in competition in Italy.

Season 2017 brought many changes regarding organization and project managing. The team for testing and synthesis of new materials was founded. Development of the concept of an electric vehicle continued. Students from the Military Academy, faculties of Physics and Forestry joined. The vehicle was made in the record term, with all improvements compared to the last year.


Qualifying for the most prestigious competition in Europe, that is held at the Formula 1 circuit, in Hockenheim (Germany) and that gathers best teams from all over the world, represents great success. In that season team recorded exceptional results in static disciplines, like 4th place for Cost Report and 10th place at Design Event out of 50 teams in Italy.

In the 2018 season, the team gained support of the general sponsor, company Tenfore. With the total redesign of certain systems and more precise manufacturing, the team set new standards of quality. For the first time, students from the Faculty of Architecture and Faculty of Mathematics joined Tenfore Road Arrow.


The team qualified for two competitions, where brilliant results were achieved: the sixth place in Skid Pad discipline in Italy, in a competition of 50 teams, and the fifth place in the endurance race in the Czech Republic, in a competition of 36 teams. One of the most successful seasons was completed with car racing event at Usce, where the Belgrade audience finally had the opportunity to see the formula on the streets of its city. 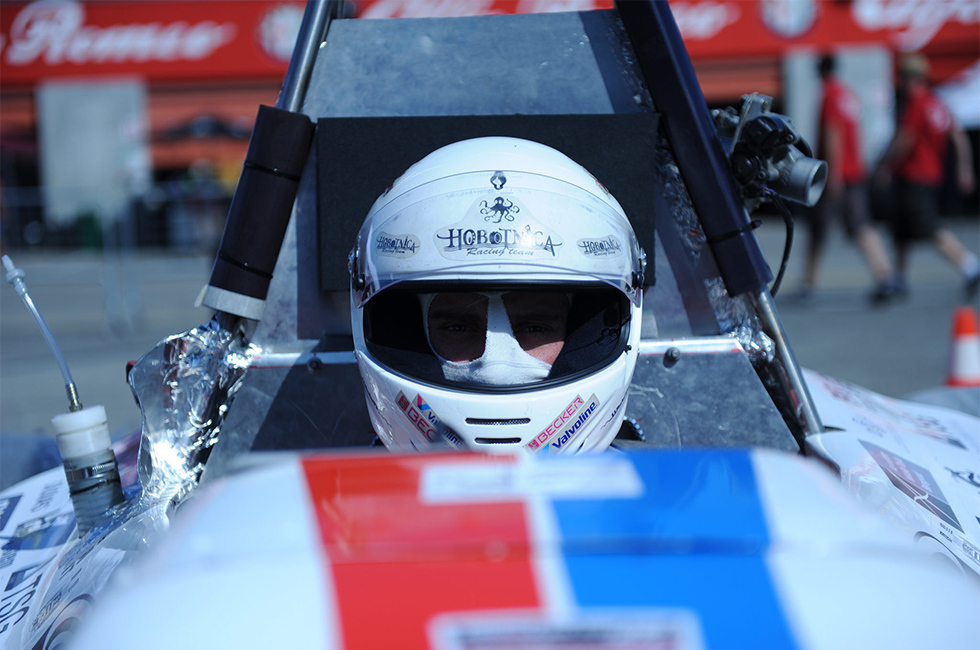 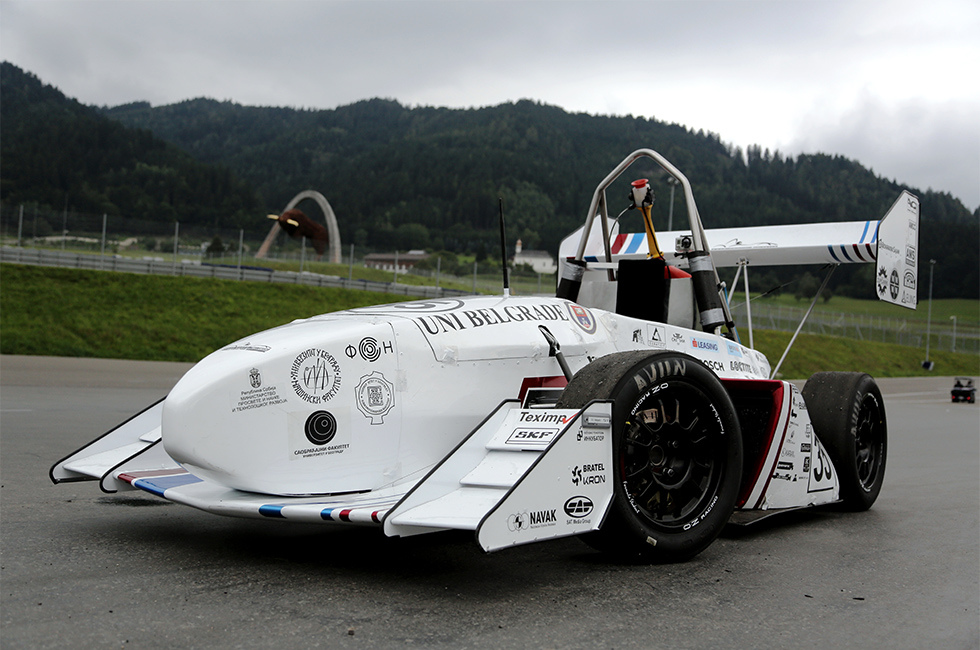 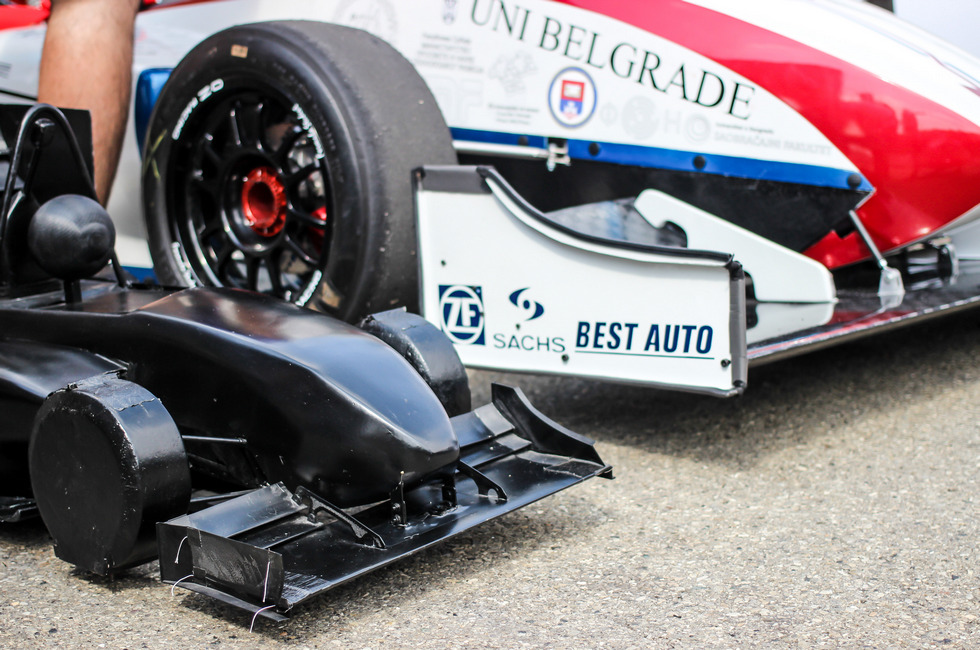 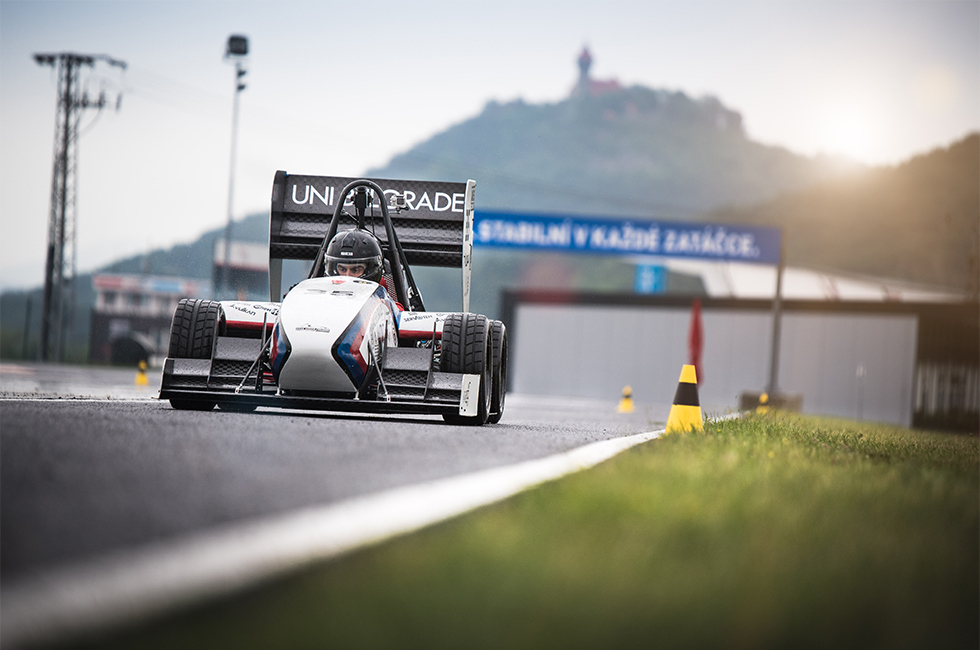 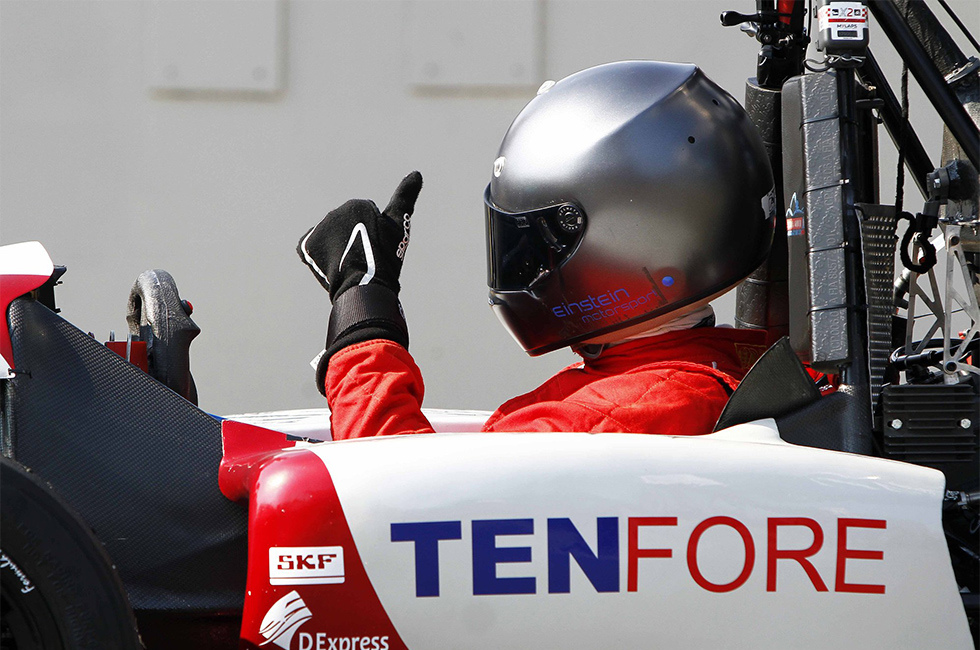 In 2016, the members of the Road Arrow team developed the first conceptual design of an electric vehicle and won 3rd place in Class II at the competition in Italy.


In October 2018, members of the Road Arrow team decided to set up a team involved in the design and construction of an electric vehicle, with the goal of developing and constructing a prototype electric-powered racing car for non-professional autocross and sprint races in less than two years.


The 2019 season featured the conceptual design of the vehicle, which had significant improvements over the 2016 version. The subsystems have been designed, and some of them have been designed and tested, such as the self-developed Drag Reduction System (DRS), the Battery Management System (BMS) and the ECU (Engine Control Unit), which will control the electric motors using the Torque Vectoring algorithm. In the UK Class II competition, the team won 4th place for the concept design.

Team Road Arrow represents University of Belgrade and Republic of Serbia at the most renowned student competition in the world. Team has an assignment to develop and make a sports vehicle for unprofessional autocross or sprint races. Every year, a new vehicle is designed and manufactured and then tested before the competitions. The team’s success is measured by its ability to construct a race car that is not only manageable and reliable, but also has an optimum price-to-quality ratio.

Road Arrow built its path on complete devotion of ambitious and talented students who work vigorously in order to perfect the existing and find innovative solutions, regarding either the vehicle or organization. The future of the team lies in encouraging these innovations, as well as on successful project leadership that has to provide optimal working conditions in order for students to development further and implement their ideas.

The team’s goal for every season is to achieve the highest possible result and to qualify among the world’s top teams. Managing human and material resources, defining priorities and distributing financial means represent a true challenge. By improving the team’s organization and communication and with the alumni members passing their experience onto the new members, we are able to make conditions in which we can successfully answer to any challenge. Long term goals are to expand the team, make a more intense collaboration with all the faculties of the University of Belgrade and also with our economy, by introducing dual education in Serbia, as well as further development of ideas from this project in real companies. 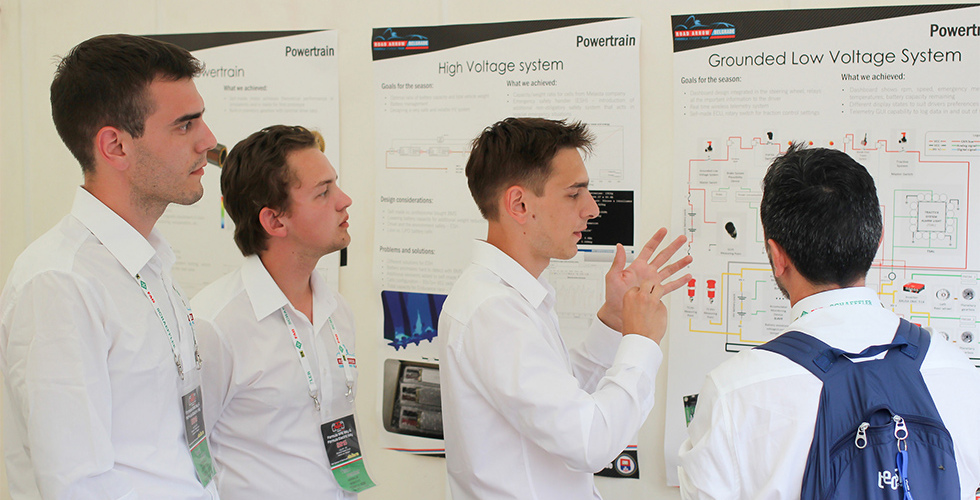 Road Arrow is a great opportunity for students to apply the theoretical knowledge gained during studies, however it is common for the project to require students to have a much better understanding of specific topics. Therefore, members of our team learn a lot more during a season than during their regular course of study, as well as how to think outside the box, to find a solution without any guidance, take the initiative and stand behind their decisions. They also have the opportunity to learn from students who have been working on this project for years and have gained expertise in various fields, but they are also expected to take responsibility, to carry out tasks on time and in addition to solving engineering problems, develop skills in team work and working with people from different professions.

Seven racecars, 17 competitions, over 1000 parts designed, manufactured and obtained every year… All of this was achieved by 200 students who have been part of this team and over 60 000 man-hours invested into making Road Arrow what it is. Countless obstacles, constraints and problems that students have to face from the start to the end of the season and the success that was achieved after all this, you can say that enthusiasm is the foundation of this project.

Road Arrow is more than a team. A group of students connected by a common goal, going through good and bad moments, writing history and pushing the boundaries. Friendship is inevitable part of teamwork. The best proof of this is the constant support from alumni members, but also the atmosphere within the team. After the whole season, despite all efforts, team members still, even more so than in the beginning, love what they do and enjoy it, so the love for the project continues to be an important cohesive factor that combines the car into that perfect assembly which is much more than just its parts.