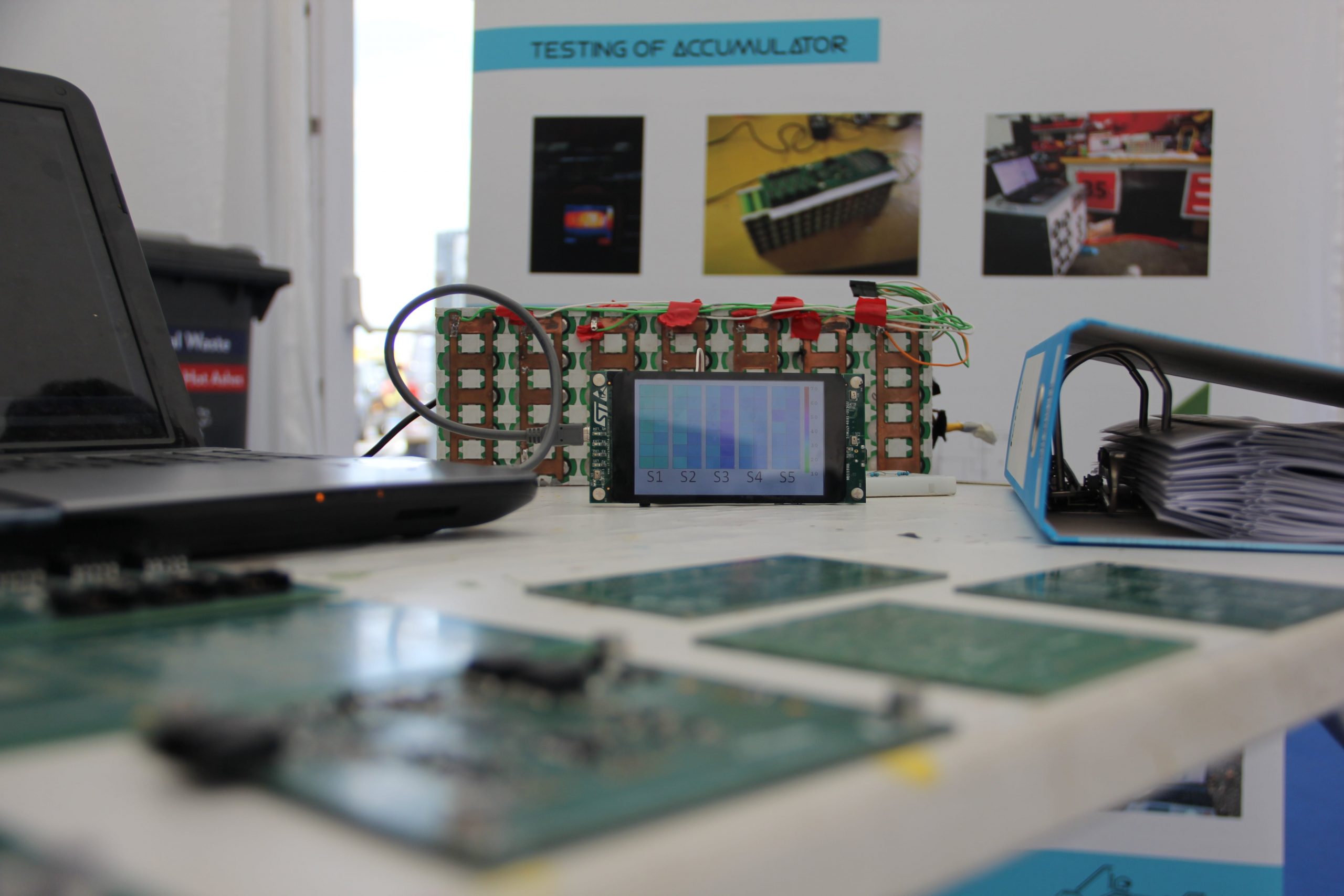 To every person who loves automoto sport, Silverstone presents “holy place” to go and feel the atmosphere. Team members had the opportunity to present design concept of the first electric racecar in July 2019, in a place of great historical importance to Formula One, and their journey to England as well as the competition itself left strong impressions.

What is little known to the public is that the team members went of this journey in two vans, and the trip lasted for 36 hours. Stonehenge, Oxford and the view of the white cliffs of Dover while crossing the English Channel is something they will remember forever.

“Driving in England was a challenge for us because we didn’t used to driving on the left side, so everyone in the van had to pay full attention on the road. One of the reasons we arrived a day earlies, is the possibility to see Formula One on track before the competition, and with wit of some of the team members, we were able to get on the track. Beside the competition, the biggest impression was camping on the golf field 10 minutes from the Silverstone Track where we had the opportunity to hear the sounds of Formula One and see the Red Bull and Williams team during their training, which was a truly indescribable feeling.

Organization of the competition was extraordinary, team of judges asked great questions, and the scoring system was well defined and transparent. The results we won in static discipline of Cost Defense was more than satisfactory because we were in second place and we finished fourth in the overall placement.”, said Nikola, a team leader at the time defending costs and design.

This competition is among favorites to our team members who had the opportunity to participate, and the most beautiful memories are anecdotes they experienced. Stefan, Marketing team member, remembered the night when most of people were in Oxford: “Mrva, Aleksandar and I spent that night socialising and that was the night when we met most of the other teams because they were asking help from us, because we were the only one who managed to set the fire after the rain.”

The team had the opportunity to see british style of the Formula Student vehicles, which is specific and different from others. Experiences of other teams contributed a lot in problem solving, because they prepared our team for the unexpected situations.

The good memories of Silverstone were also remembered by our alumni who, in 2011, presented the design concept of an internal combustion engine vehicle.The team still retells when team members received a big round of applause from the judges, because upon arriving at Silverstone, they immediately changed into team shirts and stood in front of the judges to defend the engineering design, as they were a few minutes late and had previously traveled 24 hours without stopping from Serbia to England. Another anecdote they remember is the moment when members of the team presenting the business plan, in an attempt to further impress the judges, stated that the first Serbian formula would have parking sensors, which brought an enviable number of points due to their wit. In the overall standings, the team came in 3rd place and received praise from the judges for the additional impetus for the event to drive the first formula with the IC engine at Silverstone.