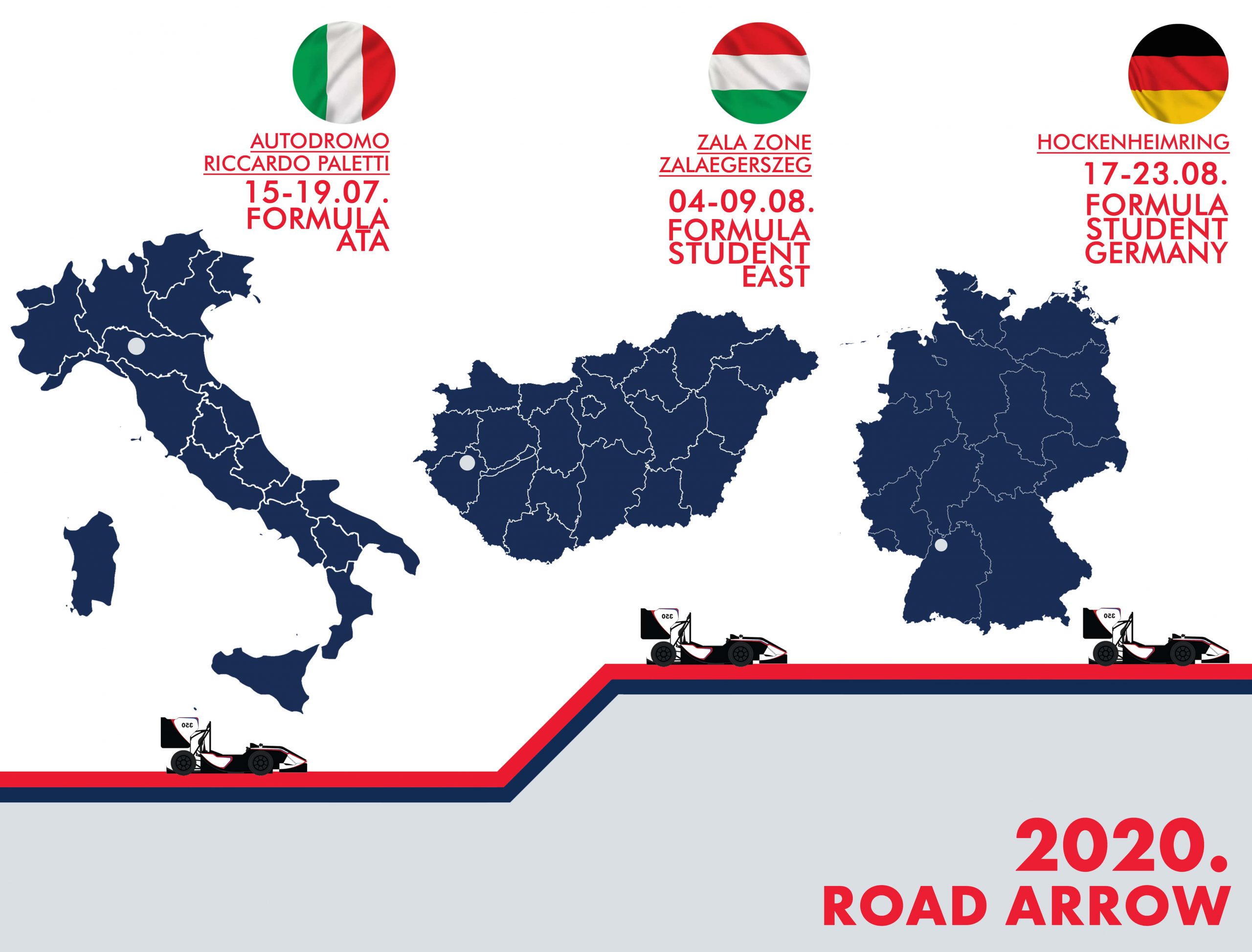 After successfully completing the tests and releasing the preliminary and final rank lists, we are proud to announce that the Road Arrow in season 2020 successfully qualified for four European formula student competitions, in Italy, in Hungary, in the Netherlands, and in Germany!

This year, the team’s first competition will be at the Riccardo Paletti in Varano, July 15-19, when the ninth vehicle with an internal combustion engine will try to set new records and shine on the well-known track on which Road Arrow has a long tradition and countless successes. We are proud that for the first time in the history of the team, an electric vehicle will test its performance on this famous track in Italy, and set the ladder for the coming seasons.

After competing in Italy, the team will head to Hungary for FS East, which is considered one of the favorite competitions by members of the Road Arrow, and this season the team will test the vehicle’s performance starting on August 4 at one of Europe’s most innovative test tracks, the famous Zala Zone, on the track in Zalaegerszeg. The track has the traditional features of a test track focused on driving stability, with infrastructure with elements of research and development linked to future vehicles. This track also allows tests for electric vehicles, but this season Road Arrow will compete with the internal combustion engine in the FS East competition. The team will compete in the static and dynamic disciplines, and hopefully, the records achieved last season will be outstripped. In addition to building an active-working vehicle, members who are in charge of the business plan are preparing to defend the business plan, which has won the seventh place last season.

Although the Road Arrow has qualified for the FS Netherlands, this season vehicle with an internal combustion engine will not compete at “The Cathedral” of motorsport, at TT Circuit Assen.

However, we wish much success to our first electric vehicle, which will compete with others in Germany, at the Hockenheim track from August 17-23!

Now when the team has successfully qualified for the competitions, the construction of two new vehicles continues, and the countdown until the start of the competition season can begin!